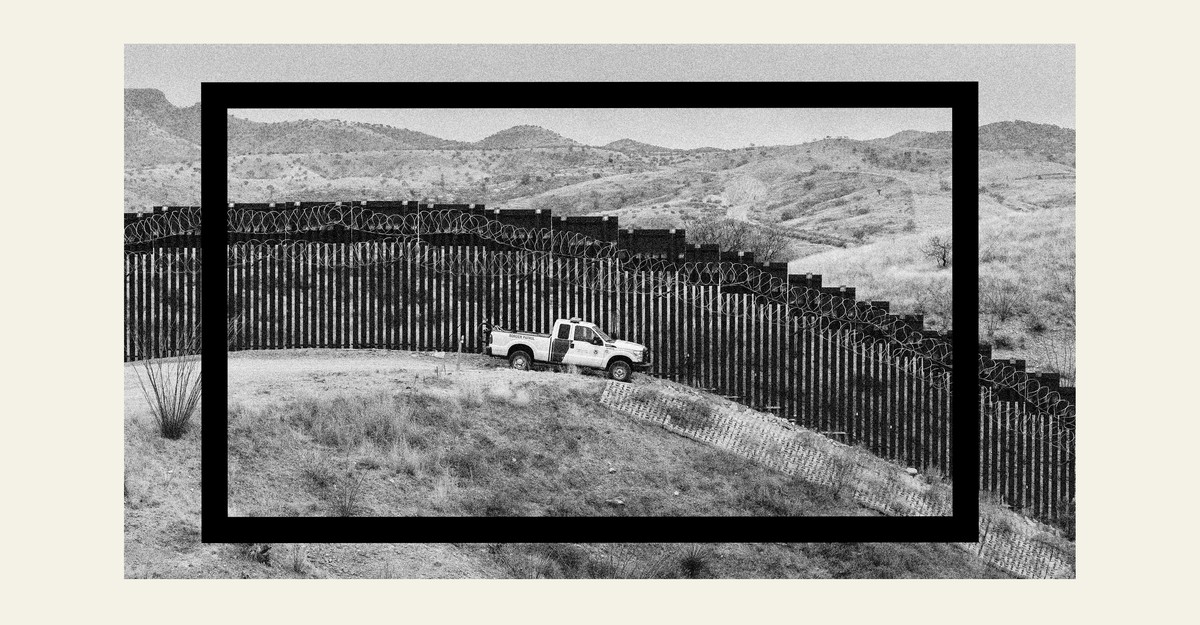 I am an immigration attorney in Atlanta, Georgia. I practice family immigration, defense against deportation, certain asylums and petitions relating to the law on violence against women. Neither I, nor any of my colleagues who work actively every day to facilitate immigration to this country, support the bogus version of “open borders” caricatured by right-wing fear mongers. I believe that our country, like all countries, should be able to control immigration flows. I also believe that our current system is flawed and does not provide a meaningful pathway to legal status for many immigrants that the average American would like to let live here if he knew about them. Every day, I speak directly with immigrants from all over the world. Asians, Africans, Middle Easterners, Europeans, Latin Americans, Canadians, etc. Aside from a few assholes here and there, they all have one thing in common: they love America so much that they’re willing to leave behind their lives and their stories to come to our country. They want to stay here, they want their families to prosper, and that means they want America to prosper. They don’t want to make America country X. They left this place. They want to be in America.

Currently, two primary hardship standards are applied when considering waivers of immigration violations: “extreme” and “exceptional and extremely unusual”. The “extreme” hardship standard is used in the context of I-212 petitions and I-601 waivers, for immigrants who otherwise have the ability to obtain green cards, but have flaws on their record (such as having been here without a visa for over a year) and have to apologize to the government. It is a reasonable standard. If you can prove that an eligible relative (US citizen or lawful permanent resident spouse or relative) will suffer “extreme” hardship if you do not qualify for the waiver, the federal government will waive the associated penalty (such as three or 10 -year of limitation at the start of the school year) and then allow you to request a legal status.

However, the “exceptional and extremely unusual” difficulty standard is very high and restrictive and if changed could be a boon for many people, citizens and non-citizens alike.

This most often comes into play in the context of someone who has already lived in the United States for at least 10 years, but faces deportation, and files an EOIR-42B with a court in the United States. immigration, hoping to be forgiven for living here illegally and allowed to stay with family in the United States If the immigrant can prove they lived here for 10 years before removal proceedings were initiated , that he is of good character, that he has not been convicted of disqualifying criminal activity, and has an eligible relative (U.S. citizen or lawful permanent resident parent, spouse, or child) who will experience “exceptional and extremely unusual,” the immigration court may, at its discretion, grant the application and allow the immigrant to remain here. There’s no good centralized data source on approval/rejection rates, but based on my years of experience and the decades of experience of friends and colleagues, I’m guessing that over 90 % of these cases are refused on the sole question of hardship.

This means that a person who has successfully led an otherwise law-abiding life (criminal history requirements), who has paid taxes (good character requirements) and integrated into their community (10-year presence requirements) must leave behind loving family members who rely on their support simply because those family members do not have a life-threatening form of cancer, or debilitating disability, or other “exceptional and extremely unusual “. Almost no one is qualified. So families are torn apart, communities are destroyed, businesses are collapsing and there are no good solutions as most immigrants have to choose whether to move with their families or be apart of them for at least 10 year. We would be better served allowing someone to stay here than banishing them from their family. It would not increase the number of recent arrivals allowed to stay in the United States or encourage bad behavior, as it only applies to those who have managed to reside here for more than a decade. But that would redirect our retributive instincts (10 years of exile as a punishment that serves no other valid purpose) towards rehabilitation. We could even add higher fines, and I believe 100% of eligible immigrants would pay them. It would help many, many people, and it’s not something the public has an opinion on, so it’s a theoretical political winner. But we have to get the movers and shakers on board. If you know any movers or shakers, try to persuade them.