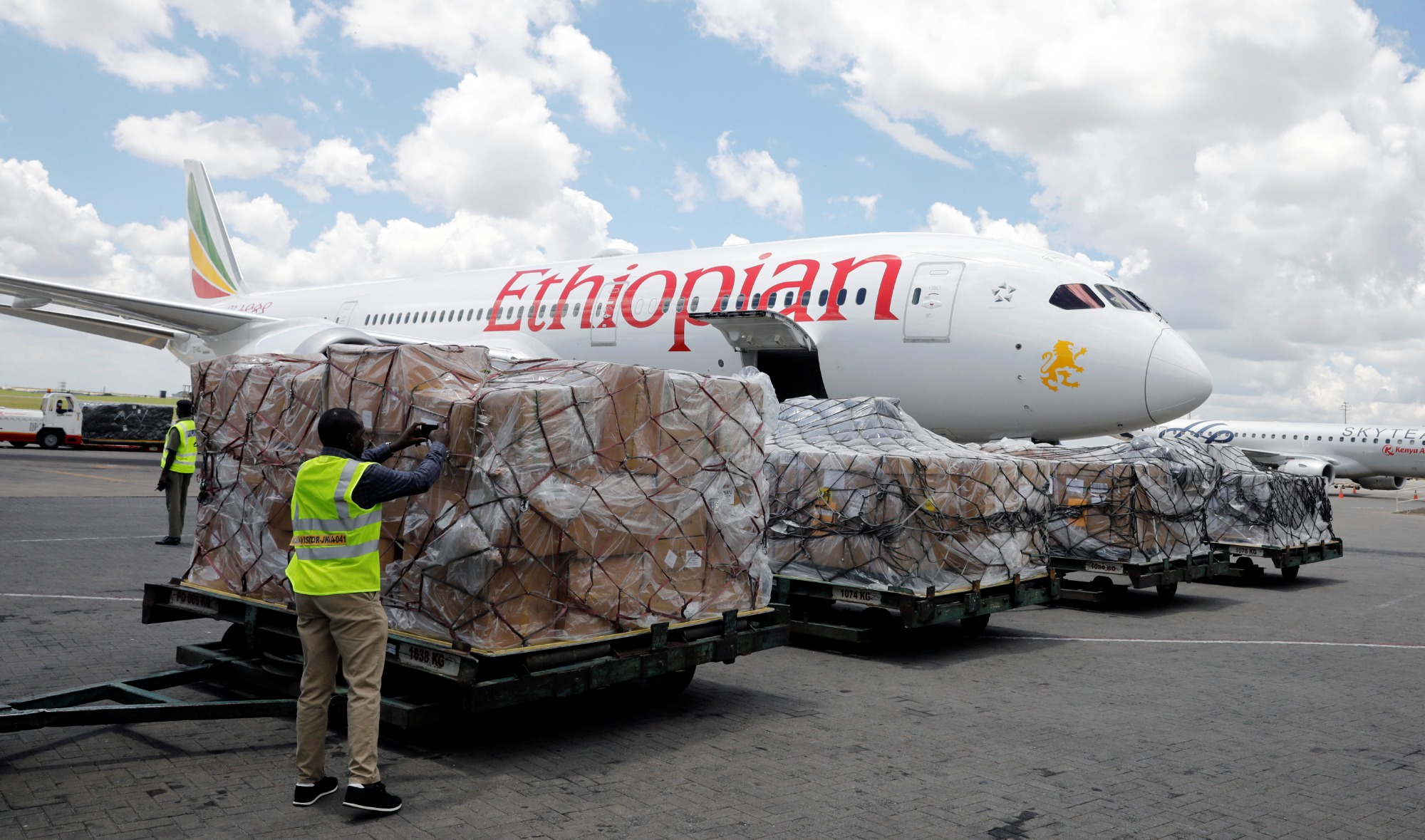 America must not allow China to go viral in Africa

AFRICA is rising and upsetting the balance of power in the world. The continent’s fifty-four countries are growing in wealth and population faster than ever, sparking a race among the world’s superpowers to invest, build goodwill and, in some cases, acquire strategic assets.

In this area, the People’s Republic of China (PRC) is making unprecedented and unorthodox forays into the continent. Since 2003, the country has increased its investments in Africa thirty-fold and has started distributing nearly eight times as much annual development funding. In the PRC’s pursuit of its Belt and Road (BRI) initiative – an estimated $ 6 trillion global infrastructure project involving seventy countries that account for 30% of the world’s gross domestic product (GDP) – to new partnerships are being established which pave the way for long term influence on the continent.

Although there is considerable demand for infrastructure investment in Africa, the PRC’s investment practices are not exactly altruistic. In order to receive BRI loans, governments must offer collateral in the form of strategic assets such as oil, airports or land rights. National governments are then free to disburse BIS funds with little or no control. If funds are wasted, countries find themselves in what is called a “carefully set debt trap”. In May 2019, for his part, US Secretary of State Mike Pompeo went so far as to openly characterize the BIS as “corrupt infrastructure deals in exchange for political influence.”

These developments highlight the extraordinary level of investment and the pace of change in Africa today, and the urgency with which the United States must reconsider its own security, financial and diplomatic investments in Africa. The combined efforts of global actors to engage in Africa, both through aid and trade, will influence the political, strategic and economic landscape beyond the confines of the African continent.

Since the United States does not intend to match the level of foreign direct investment offered by the PRC, new diplomatic and economic strategies are imperative. Thus, in addition to replacing the Overseas Private Investment Corporation (OPIC) with a stronger International Development Finance Corporation (DFC), the United States should respond to the growing influence of the PRC in Africa by strengthening a comparative advantage. that will clearly promote well-being, prosperity and goodwill: strategic health diplomacy.

ACCORDING to the PRC, BRI loans are intended to “support Africa’s capacity building for internal development” in sectors such as infrastructure, trade and public health. The results of BRI loans, such as high-speed trains and ports, are highly publicized and viewed as “positive” by nearly three-quarters of African beneficiaries. In turn, the PRC derives greater financial, diplomatic and military advantages in a rapidly developing continent.

BRI investments are widely attractive to African governments; funds are distributed without oversight or external accountability other than loan repayment, leaving governments to determine exactly where and how they are spent. This model contrasts sharply with traditional models of development assistance, such as those funded by the United States, which generally prioritize transparency and require detailed project documentation, social and environmental safeguards, monitoring of procurement and implementation, as well as monitoring and evaluation. Many executives have taken advantage of this freedom by directing Chinese funds to priority health initiatives and potential business opportunities. Others have used the funds unprofitable by increasing their debt burden rather than their economic growth. And some may have even used funds to facilitate state-sponsored violence and support international terrorist groups.

The PRC has a lot to gain from its engagements in Africa. Financially, it is positioned to capitalize on rapidly emerging markets. Investments in health and education are expected to increase the size of sub-Saharan economies by 90% by 2050, and the continent will welcome more than 1.52 billion consumers over the next ten years. The favor of the PRC in public opinion also strengthens its diplomatic relations with the major African countries and its influence over their main economic sectors. Finally, given the continent’s proximity to Europe and the Middle East, the BRI allows for strategic military investments that can affect U.S. trade relations and counterterrorism efforts.

Many African countries have prospered thanks to BIS investments, but others are at risk of falling into the “debt trap”. For example, international attention has been drawn to the possibility that Kenya, with debt to the PRC equivalent to 60% of its GDP, will have to cede its largest port if it defaults on its loan for a railway project. ambitious. Although Kenyan President Uhuru Kenyatta vehemently denied these “rumors,” twenty state agencies were suddenly pulled from the port in June 2019, and a Sino-Kenyan contract leaked in early 2019 demands that no deal be reached. public “without the prior written permission of the lender.” Adding insult to injury, the contract also states that the country has no immunity under its terms, even “for reasons of sovereignty.”

Other countries are rapidly accumulating BIS debt which could create similar difficulties. In 2015, these investments represented a third of the new debt contracted by African governments. In Ethiopia alone, the PRC’s investments have constituted 30% of the country’s new public external debt and 90% of its new bilateral debt since 2015. Egypt and Djibouti, the latter of which is home to the country’s first military base. PRC abroad, also face high risk of indebtedness. distress due to BRI funding. If these countries default on their huge loans and their collateral assets are foreclosed, those assets will be owned or controlled by the Chinese until governments honor their financial obligations.

Therefore, the question arises: who actually benefits from the PRC’s investments in Africa? Indeed, even beyond Chinese influence, how could these investments and governance practices affect American interests?

The PRC’s multifaceted investments in Africa pose various threats. The direct and indirect consequences of uncontrolled loans, emerging military infrastructure and increased political instability are likely to jeopardize the security and prosperity of the United States and its allies, and in some cases they have already done so. .

The most tangible threats to US interests can be found in Djibouti, a small country in the Horn of Africa which owes half of its public debt to the PRC and is essential to various US military and intelligence operations. It is home to Camp Lemonnier, the largest and only permanent US military base in Africa and, since 2017, the PRC’s first overseas military base. Located just six miles from Lemonnier, the outpost is not only designed to accommodate thousands of people and is believed to monitor US troops, but also reportedly used laser weapons to temporarily blind nearby US pilots in 2018.

US officials were reportedly “blinded” by Djibouti’s agreement to lease the land to the PRC. Unlike two years earlier, when Russia was refused permission to build a base in Djibouti because the United States had been informed and strongly protested against the idea, the African country only gave United States no warning of its arrangement with the Chinese and therefore no possibility of intervening. It is therefore reasonable to assume that the PRC used the leverage provided by its billion dollar investment in Djibouti infrastructure to prevent such intercession and secure the lease.

Another major concern of the US military is Chinese influence over the Doraleh (dct) container terminal in Djibouti, considered “the main point of access to US, French, Italian and Japanese bases”. When President Ismail Omar Guelleh was unable to repay his country’s BRI loans in 2017, he allegedly illegally transferred ownership of the dct to the PRC as partial repayment. This makes it easier for China to strengthen and expand its new base and, if it wishes, influence the entry of ships belonging to the United States or its allies.

More generally, the BRI’s investments in Africa are correlated with increasing civil and state-sponsored violence, and, potentially, therefore, international terrorism. A 2015 report from the University of Sussex found that “political violence by [a] the state increases with the receipt of Chinese aid, compared to “traditional” aid flows such as those financed by the United States. He notes that African states that receive the greatest “fungible aid” – the defining characteristic of BIS loans – are the most likely to witness conflict.

Conflicts in African countries not only devastate their own populations, but are also likely to harm others through spikes in internationally sponsored terrorism. Internal instability fueled by guerrilla warfare or civil war is a magnet for such international terrorism. Several terrorist groups based in Africa have started to cooperate with their international counterparts such as ISIS and Al Qaeda, and some have already been linked to the 137 terrorist attacks in Burkina Faso only in 2018. This is a higher number than that. of all its national terrorists. events between 2009 and 2015. In December 2018, the Trump administration announced that “countering the threat of radical Islamic terrorism and violent conflict” would be one of the administration’s top three priorities for strengthening its relations with the Africa, a public recognition of the pressing threats to national security posed by the increasing violence on the continent.

THANKS TO INVESTMENTS on the continent, China is successfully filling the void created by the American diplomatic disengagement. According to Reuben Brigety, former United States Ambassador to the African Union, “there is a general feeling among African political elites” that the United States’ inconsistent relationship with them implies that it “gives up its position as a privileged partner. to other countries and organizations, especially China and the EU.

Develop the next generation of leaders in your business