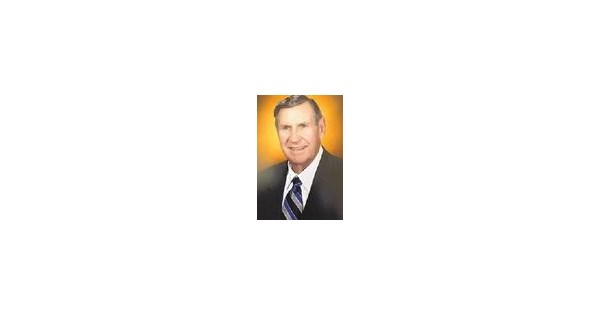 Bob was born in Colorado City, Texas to Jewell May Porter and Joel Fontain Porter on September 3, 1929. He grew up in Mesilla Valley and Hatch Valley and lived most of his young life in a “jacal” – a house made of twigs and mud with no electricity or plumbing. His father held various jobs until he could finally rent and later buy a farm he cultivated by hand and a small house with electricity. The whole family worked tirelessly to make ends meet and grew their own meat and food. Bob prospered by going to school at Salem Grade School and later at Hatch Valley High School where he graduated in 1947 as the most popular,

President of the junior class and president of the student body. He enjoyed sports in high school, raised sheep for 4-H, and competed in Future Farmers of America.

Due to his love for all high school sports, but especially basketball, Bob, as a first generation New Mexico A and M student (NMSU) with a small Sears and Roebuck scholarship, has decided to try and be a replacement for Aggie. Basketball team. The opportunity to go to college and play ball at this level was life changing – Bob excelled at basketball as a 4 year old letterer and team captain in his senior year, was a military student distinguished member of the ROTC and was a member of the Tau Kappa Epsilon fraternity. His lifelong true love for all things Aggie never ended.

Bob graduated from New Mexico A and M in 1951 with a degree in soil science, was appointed a second lieutenant in the US Air Force, and called up to active service during the Korean conflict. He served in the United States as a personnel officer in Clarksville Tennessee and after After two years of active service he returned to the Reserve and was promoted to captain.

After serving in the Air Force in 1955, Bob joined the Dona Ana County Agricultural Office and began his career in agriculture as Deputy Director of the Bracero program. He held numerous positions within the state organization as Executive Vice President / CEO for 15 years, serving as Executive Vice President of Western Farm Bureau Mutual Insurance Company. Nothing made Bob happier than traveling across the state of New Mexico to meet and advocate for farmers and ranchers. He had fond memories of Farm Bureau meetings and conventions, and truly witnessed the evolution of agriculture and ranching in New Mexico. Under his leadership, the state organization reached record levels of membership and was often recognized for its excellence by the American Farm Bureau Federation. Bob has received numerous awards and honors for his impact in agriculture, including: Honorary State and American Farmer (FFA), Progressive Farmer Magazine “NM Man of the Year”, Agriculturist of Distinction -Leyendecker Award (NMSU), Farm Credit Distinguished Award and New Mexico Office of the “Ride the Farm”

Bob also became a licensed real estate agent in the early 1970s, working with AI Socolofsky and later also with David Steinborn. He received his Qualifying Broker License and then operated Porter Realty through a home office. He kept his license until 2014.

Clearly recognized as a good businessman, Bob was chosen to serve on the boards of several local savings and loan banks, then served 12 years on the board of the Federal Land Bank and 9 years on the Farm Credit Regional Bank in Wichita, Kansas. He also served on the New Mexico Society of Association Executives and was a member of the Las Cruces Chamber of Commerce.

Because of Bob’s pride in the NMSU, he believed in the need to give back. He has served on many NMSU boards and committees, including President of the NMSU Alumni Association, the NMSU Foundation Board and the Aggie Athletic Association. He has also received Distinguished Alumni Awards from the College of Ag, the NMSU Centennial100 Outstanding Ag Graduate and the NMSU James F. Cole Award.

In 1958 Bob married Nola Craddick and from this union their only child, Brenda, born in 1961. During their marriage, they were fortunate to live in a wonderful neighborhood and were able to form lasting friendships. They have had many wonderful trips, especially those related to Bob’s work at the Farm Bureau. The end of their long and loving marriage came in 1991 when Nola suffered from a brief and terrible illness.

Ten years later, thinking it was incredible to have another love, Bob married Laura Beal whom he had known for many years. They had a wedding full of common family events and wonderful social and religious activities until Laura passed away earlier this year.

Bob was one of a kind, had a hilarious sense of humor, and felt blessed every day of his 92 long years. He left a strong legacy of family, friends and service.

He was predeceased by his parents, his brother Brady and his little sister Thelma Novelene, and is survived by his daughter Brenda, his husband John Hudson and his nephew Bill Porter and his wife Debbie.

Memorial donations can be made to: Bob and Brenda Porter Point Guard Endowment or the Bob

Visitations will be held on Sunday, November 28 from 2:00 p.m. to 4:00 p.m. at the LaPaz-Graham funeral home. The funeral is scheduled for Monday, November 29 at 1:00 p.m. at St. Paul’s Methodist Church with a burial in the Masonic Cemetery.

To send your condolences, go to

Published by Albuquerque Journal on November 27, 2021.

A $ 4.4 billion RIA in Los Angeles made a very 2021 decision to appoint two women, both 37, as co-CEOs for a very old reason – accelerated growth – following previous diversity moves genres

What to watch as the Senate considers the reconciliation bill