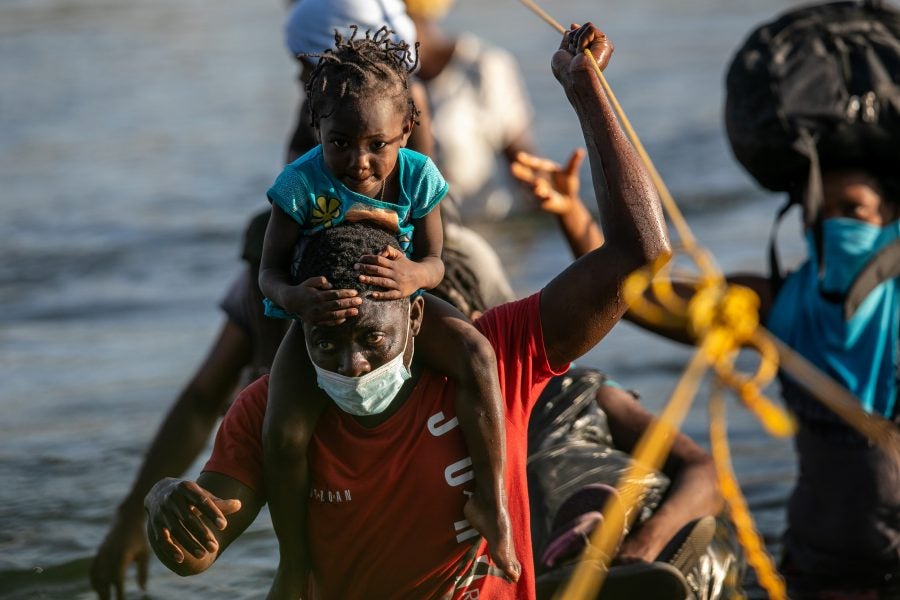 Haiti is not cursed. It is exploited.

Haiti has suffered in quick succession this year. Before a 7.2 magnitude earthquake devastated the country’s southern peninsula in August and a tropical storm caused severe flooding days later, media reported the July assassination of the president of the country, Jovenel MoÃ¯se. Calls for the United States to send aid to Haiti abounded. Such appeals for help are not new and do not reflect a particular interest in “helping” Haitians.

In 1915, the administration of US President Woodrow Wilson used the death of another Haitian president, Guillaume Vilbrun Sam, as a pretext to invade. But the United States had already seen the assassination of three of its own presidents: Lincoln, Garfield and McKinley. The real reason for the occupation was economic. Fearing that upheavals within the Haitian government could cause them to default on loans guaranteed by the United States, the United States ordered the navies to seize $ 500,000 in gold reserves. The United States remained in Haiti for 19 long years, the second longest military occupation in U.S. history after Afghanistan. More than 15,000 Haitians have lost their lives fighting against the seizure of Haitian sovereignty by the United States. The memory of this occupation – and those of 1994 and 2004 – has cast a shadow over Haiti’s glorious past as the first nation to permanently abolish slavery.

Foreign troops arrived in Haiti again in 2010 after another devastating earthquake. About 250,000 people died, most of them near the capital Port-au-Prince. During their so-called “stabilization mission”, the UN peacekeepers caused another disaster on the island: a cholera epidemic caused by their improper waste disposal. Nearly 10,000 more Haitians have died. Hundreds of thousands have fallen ill. As Haitian nationals saw poverty, violence and corruption increase, billions of stolen or embezzled aid funds fueled a legendary industry of disaster capitalism. Instead of condemning those who seek to profit from a disaster, former Haitian President Michel Martelly proudly proclaimed that the country was “open for business”.

For anyone wondering if the earthquake that hit Haiti’s southern peninsula on August 14 of this year means the country is “cursed,” as religious scholar Pat Robertson claimed after the 2010 earthquake, the answer is no. Haiti sits on two geological faults – the Septentrionale in the north and the Enriquillo-Plantain in the south, so it is susceptible to earthquakes.

But the country’s geopolitical fault lines are also devastating. For two centuries, elites around the world have undermined Haitian sovereignty and impoverished its people. It started in 1825, when the country was forced to make a deal to pay France 150 million francs as the price of the freedom that Haitian revolutionaries had already bought with their bloodshed. As history shows, while natural disasters have been fatal for Haiti, human-made disasters have been too.

While Cuban refugees have historically enjoyed general humanitarian asylum in the United States, Haitians seeking the same relief have been routinely deported. Just last week, under Title 42 (which allows for the deportation of migrants for public health reasons), the United States began the process to remove thousands of Haitian refugees near the Rio Grande, which straddles the river. the border between Del Rio, Texas and Ciudad Acuna in Mexico.

Under President Biden, however, many migrants from Central America were granted permission to enter the United States. lives in danger. The gruesome images of American border officers on horseback chasing Haitian migrants show that when it comes to Haitians, American foreign policy has never been about “helping”.

“Nou nan male ak oganizasyon mondyal (We have problems with the world system)”, laments Haitian singer Manno Charlemagne in his album of the same name from 1988. Yes, Haiti has had problems with the world since its revolution against the slavery in 1804. With an assassination followed by an earthquake, flooding and inhumane evictions this year, and with American soldiers leaving behind a catastrophe in Afghanistan as more arrived. in Haiti to “help” with another disaster – nou nan male, indeed.

Marlene Daut, Ph.D, is the author of Tropiques d’HaÃ¯ti: the race and the literary history of the Haitian revolution in the Atlantic world (2015).