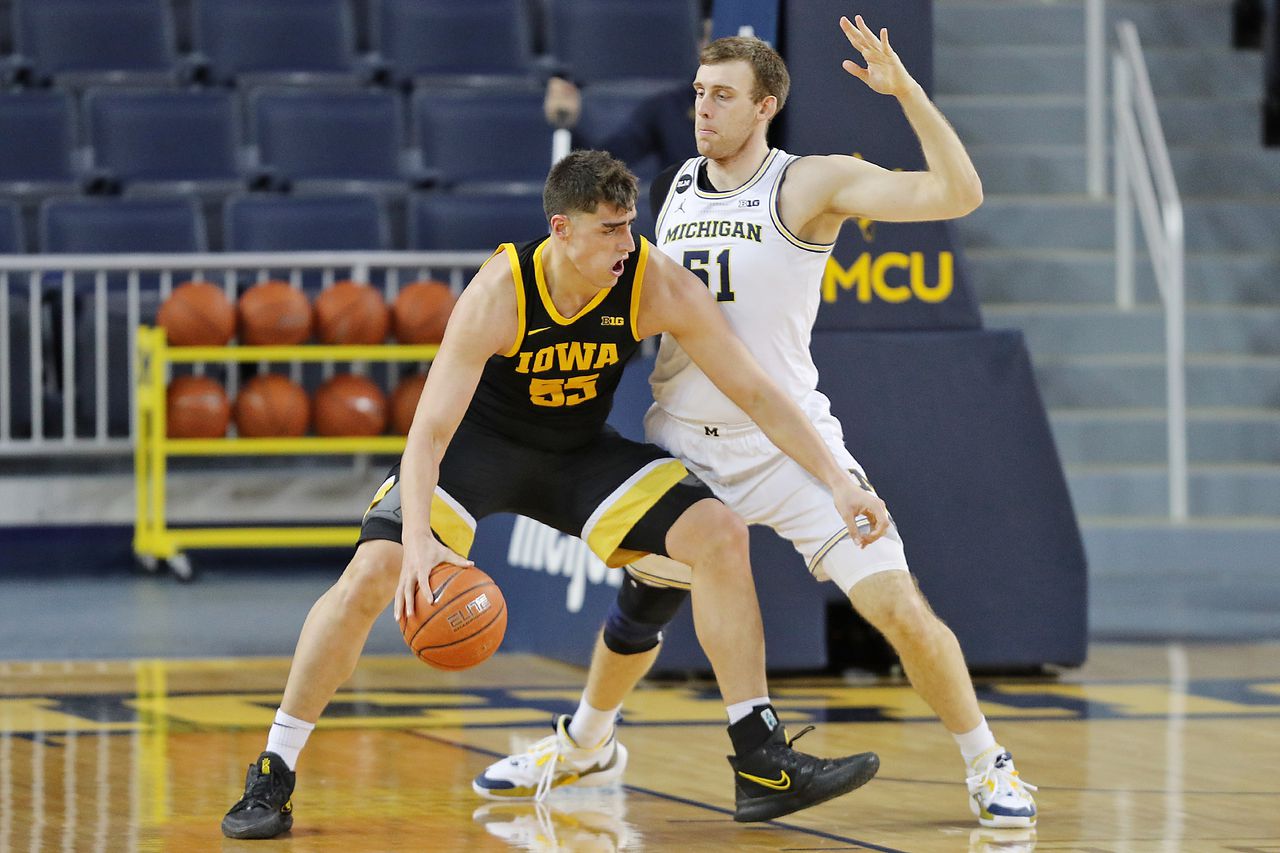 Michigan defeats Garza and Iowa for another impressive win

Iowa went to Luka Garza, in his first possession Thursday night. His multiple attempts to shake or move Michigan’s Hunter Dickinson into the paint failed and Dickinson got part of the shot.

Dickinson, a freshman, didn’t back down against the senior superstar, and Michigan pulled out in the second half for a second straight top 10 victory, 79-57 at the Crisler Center.

Michigan improved to 17-1 (12-1 in the Big Ten). The Wolverines, ranked third, dominated with defense. Iowa, the best offense in the country, shot just 36% and got just four assists. Garza entered the evening averaging 24.7 points per game, the country’s top. He is Iowa’s all-time leading scorer. On Thursday he shot just 6 of 19. It was also Iowa’s mark from 3.

The Hawkeyes led by one point early in the second half, but Michigan outscored them 43-20 in the final at 5:08 pm.

Wagner scored nine of Michigan’s first 11 points after halftime as MU led 43-37. Eli Brooks’ 3 with 14:18 left pushed him 48-39 and prompted Fran McCaffery to call the time out.

Dickinson committed his third foul after 2.5 minutes in the second half. When he came back about three minutes later, he got a stoppage on Garza, then scored on the other end as Michigan went up 11. Dickinson finished with 14 points and eight rebounds. He was limited to 23 minutes because of the foul problem; Austin Davis and Brandon Johns Jr. took over and held on defensively against Garza.

A 9-0 run in Michigan midway through the second half made it 62-46, and the home side continued to extend their lead. A pair of free throws from Livers after McCaffery was hit with a technique made it 68-50. Livers’ fourth 3 pushed the lead to 19.

The first half was choppy, in part thanks to four replay criticisms. Dickinson sat for almost eight minutes after committing his first foul. Michigan started the game 9-29 on the field. Wagner’s 3 corner – on a feed from a two-team Dickinson – made Michigan 26-25.

Davis’ signal to the buzzer gave Michigan a 32-29 halftime advantage. The Wolverines took 10 offensive rebounds in the first half. Garza’s stat line: an unimpressive 3 for 11 on the pitch and no rebound.

Michigan visits Indiana on Saturday for a noon tip.