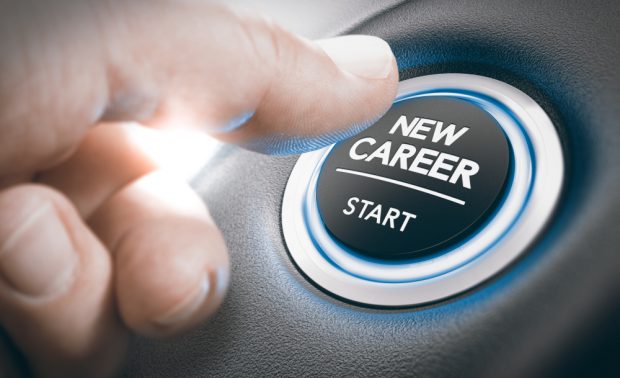 The $5.6 billion, based in Endwell, NY Visions Federal Credit Union hiring LaToya Price as Head of Culture and Inclusion. Pryce brings more than two decades of experience in the financial services industry, most recently as vice president of regional sales and development for a New Jersey community bank, where she trained and developed staff at 19 branches in his region. In his new role, Pryce will be responsible for evolving employee engagement practices within Visions and improving the organization’s internal and external focus on diversity, equity, inclusion. and belonging. She earned an MBA from Centenary University in Hackettstown, NJ, and is currently pursuing her Ph.D. in Leadership from the University of Carolina based in Winston-Salem, North Carolina

Matt Verhamme was promoted to director of commercial loans. Verhamme joined the credit union in 2021 after spending 12 years working as a business analyst and commercial lender in Boston. He holds an MBA from the University of Massachusetts. Verhamme has primarily worked on commercial real estate transactions and brings additional experience in handling the banking needs of various small business owners.

The $94 million Serve the credit union in Des Moines, Iowa has hired Wesley Krenz as chief financial officer. In his new role, Krenz will oversee and manage the financial and accounting functions of the credit union. Krenz brings over 13 years of financial and operational experience. Prior to joining Serve, he spent 11 years at the billion dollar Community 1st Credit Union in Ottumwa, Iowa as a regional manager and branch manager.

Shannon Johnson was hired as assistant vice president of digital engagement. In his new role, Johnson will lead the team responsible for managing the credit union’s digital platforms, including online and mobile banking, ATM/ITMs, and credit and debit card programs. It will also use data analytics to provide insight into member behaviors and industry trends with respect to digital forms of banking. Johnson brings 22 years of credit union experience, having focused the majority of those years on implementing, administering and cultivating digital banking experiences.

Austin Flynn was hired as Assistant Vice President of Core Systems. In his new role, Flynn will be responsible for the overall strategy, functionality and administration of the credit union’s core systems. He brings over 21 years of credit union experience and specializes in managing core banking solutions.

Jill Ettesvold was promoted to Branch Manager II of the St. Paul and Stillwater offices in Minnesota. In his new role, Ettesvold is responsible for managing global operations that will help drive branch growth across both locations. She brings over 40 years of financial experience, having worked at Capital Bank for 36 years and joining the Royale team following its acquisition of the bank in 2016. Most recently, Ettesvold worked as a branch supervisor for the St. Paul and Stillwater.

Taylor Tarras was promoted to director of member loans. In his new role, Tarras is responsible for leading Royal’s loan call center, including supervisors and loan processors, to achieve strategic goals while delivering an exceptional experience for Royal members. She joined Royal in 2012 as a cashier and has since held numerous management positions in addition to being an enterprise project manager. Tarras is a Certified Financial Advisor and Certified Credit Union Manager, and chairs the Junior Achievement Education Committee.

Karen ChurchCEO of the $1.2 billion company based in Burton, Michigan ELGA Credit Union, retired Feb. 25 after 45 years of service with the credit union. Hired in 1974 as a co-op student, Church was named CEO in 1993. Her accolades include being named to the Genesee Regional Women’s Hall of Fame, receiving the Sybil Atwood Lifetime Award in 2019, and being honored with the Michigan Credit Union League. . Distinguished Service Award in 2020. Church plans to continue community work with the new ELGA Credit Union Foundation for Impact, as well as continuing to host the Ginormous Tent Sale at ELGA each year.

The $1.7 billion, based in Arlington, Texas Texas Trust Credit Union hiring Dan Tabraham to its management team as SVP of Mortgage and Commercial Services. Tabraham is a 25-year lending veteran, and in his new role he will lead Texas Trust’s efforts to further expand credit union lending for new home purchases, refinances and business loans. Tabraham previously held senior lending positions at multi-billion dollar financial institutions such as Texas Dow Employees Credit Union ($4.5 billion, Lake Jackson, TX), Independent Bank of McKinney, Heartland Financial and Viewpoint Bank. He holds a master’s degree from Southern Methodist University in Dallas and is a graduate of the university’s Southwestern Graduate School of Banking.

CUNA Brokerage Services, Inc. has hired Rick Addy as financial advisor for the $1.5 billion, based in Sumter, SC Federal Credit Union SAFE. Addy brings over 20 years of experience in the financial services industry and has been registered with the Financial Industry Regulatory Authority (FINRA) since 2001. He has extensive experience in a wide variety of investment services including 401(k) planning. (k), trust services, education funding. and insurance planning. Addy will join the SAFE MEMBERS Financial Services program offered by financial advisory firm CUNA Brokerage Services, Inc., and assist SAFE members in the Lexington, SC branch of the credit union.

The $497 million, based in Harahan, Louisiana OnPath Federal Credit Union hiring Darlene Gibson as chief financial officer. Gibson comes to OnPath from the essential $357 million federal credit union in Baton Rouge, Louisiana, where she served as vice president of finance. She has worked in the credit union industry for over 20 years.

Lori Paige was promoted to COO. Paige, who has been with Corelation for just over six years, most recently served as Director of Conversion Services and brings previous experience in IT leadership. In her new role, she will focus on improving processes and procedures and implementing training programs for management teams.

Dwayne Jacobs was promoted to chief technology officer. Jacobs was previously director of software development. In his new role, he will focus on helping keep the company on its upward technology trajectory and plans to work with Chief Innovation Officer Jeff Dent and the rest of the leadership team alongside customers to s to ensure that the company’s product strategy continues to move forward. a rock solid path.