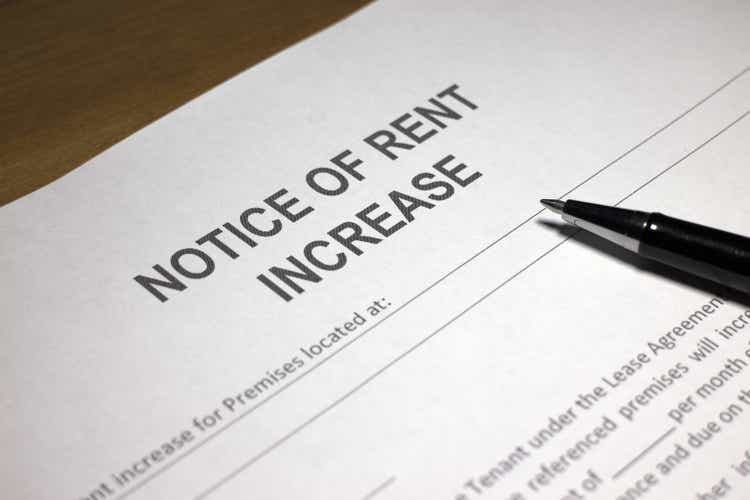 Headline inflation in the United States topped 7% in 2021. But rent increases put the consumer price index to shame, climbing an average of 13.5%. And within that already brutally high average, there were absolutely staggering outliers. Phoenix rents climbed 25.3%, followed by Tampa, Miami, Orlando, Las Vegas and Austin, all of which topped 20%.

That means a barista in Austin could get a 10% pay raise and see most of it wiped out just by raising their rent. Add to that skyrocketing food and gas prices, and our hypothetical worker actually loses ground despite his double-digit pay raise.

A confluence of things

Rents tend to increase a little each year, 3-4% being typical. So how did 3% become 20%+ in so many markets? A confluence of factors, including:

State and federal programs designed to prevent evictions during the worst of the pandemic lockdowns have hit landlords — who have their own loans to repay and can’t do so without rental income — especially hard. Many are now raising rents where they can to make up for where, for more than a year, they couldn’t.

Just about everything needed to run rental properties – including building materials, labor and electricity – is up, in some cases dramatically. To remain solvent, landlords must pass on at least some of these costs to tenants. Thus, an overall inflation of 7% is equivalent to (at least) a comparable increase in rents.

As the world tipped into a pandemic-induced recession in 2020, governments responded with an epic money-printing frenzy. The Federal Reserve’s balance sheet — an indicator of how many newly created dollars the central bank has created and poured into the economy — has more than doubled since 2019. In other words, 40% of all dollars ever created have come into being. in the first two years of the pandemic.

Combine this tsunami of new money with artificially low mortgage rates – another side effect of QE – and the result is soaring house prices. This is impacting the rental market in two ways: first, more expensive homes are increasingly pushing potential buyers out of the market, increasing the pool of tenants competing for a limited supply of available units. Second, a rental home purchased at today’s higher price requires more monthly income to cover its costs, driving up rents.

Private equity firms and investment banks developed a taste for rental real estate during the Great Recession, and now they’re back for the main course. The vast majority of apartments sold in recent years have been gobbled up by Wall Street:

From ProPublica’s When Private Equity Becomes Your Owner:

Private equity firms often act as a corporate version of a house turner: they seek deals on apartment buildings, cut costs or raise rents to boost revenue, then unload the buildings at a higher price. raised.

The size of companies allows them to influence market rates and to lobby against reforms that could dilute their power. And their goals – to quickly increase the profits of a building so that they can sell it at a high price – are often at odds with those of the tenants who must live there. In contrast, so-called “mom-and-pop” landlords typically seek steady streams of rental income over time as their buildings appreciate in value.

And the sharks are still hungry:

Blackstone has aggressively increased its bet on rental housing in the United States. The company agreed to buy two other apartment-owning companies in the past two months, bolstering its presence in states including Colorado, Texas, Arizona and Georgia.

Multifamily properties, especially in high-growth Sunbelt states, have been one of the hottest commercial property types in recent years as businesses have moved to these areas. Landlords have been able to raise rents well above the rate of inflation throughout the Covid-19 pandemic.

Blackstone, the world’s largest commercial property owner and until recently America’s largest landlord after scooping tens of thousands of single-family homes in the wake of the 2009 subprime mortgage crisis, is working feverishly to regain the title by offering rental apartments for years. . The company is buying Preferred Apartment through its largest fund, Blackstone Real Estate Income Trust, which has raised more than $50 billion since its start five years ago and is primarily targeting retail investors.

It’s a similar story in rental homes, where private equity firms have made a habit of investing and buying up entire neighborhoods at above-market prices and then converting the homes into rentals. at inflated rates.

The implication? With market power firmly on the side of our new business owners, rents aren’t going to drop anytime soon. Completely the opposite.

Editor’s note: The summary bullet points for this article were chosen by the Seeking Alpha editors.

The alternative to payday loans has its own risks

GC Cheat Sheet: The hottest business news of the week