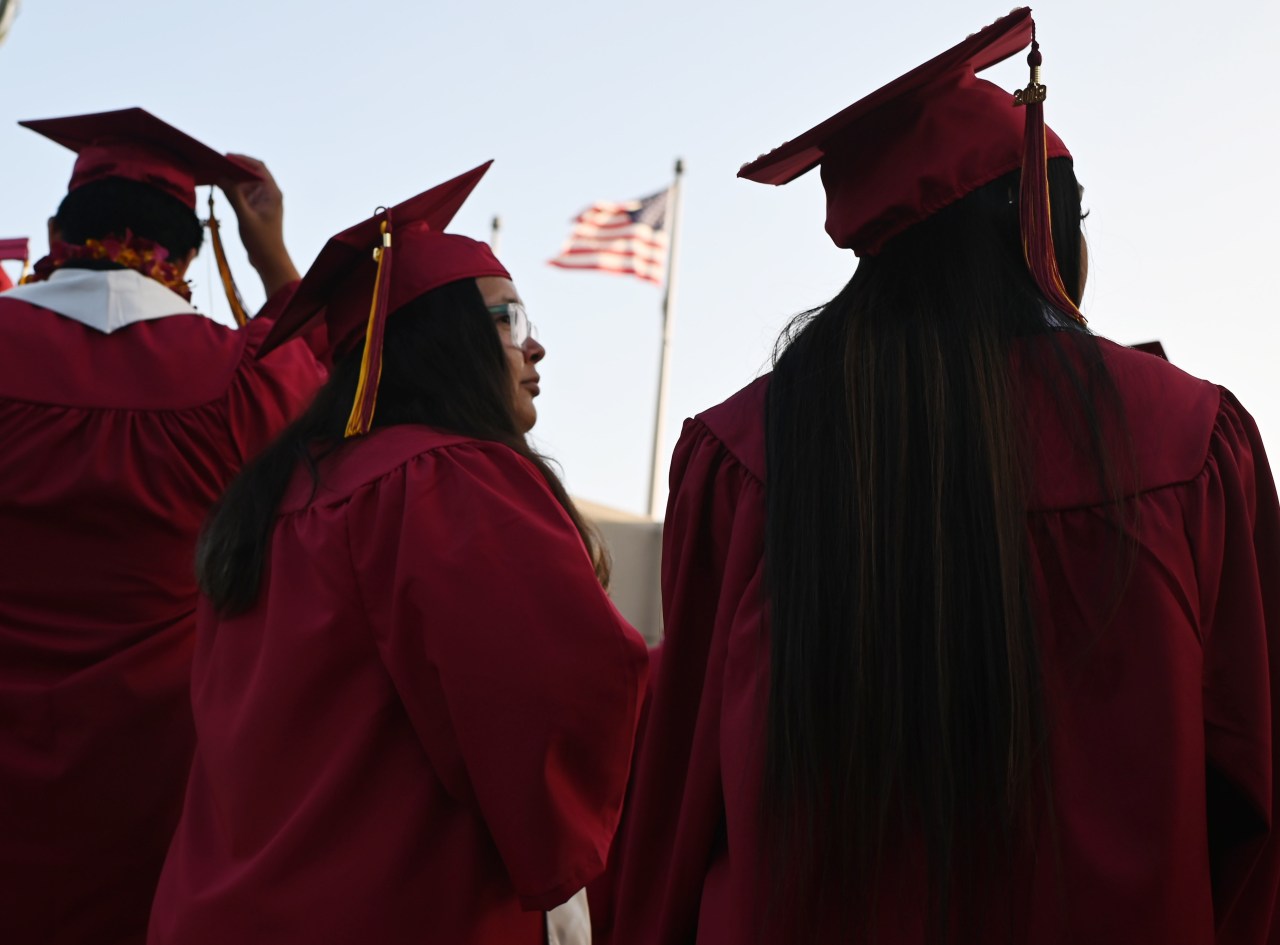 (NEXSTAR) – Despite recent rounds of forgiveness for thousands of borrowers, nearly 43 million Americans are responsible for about $1.6 trillion in federal student loans.

The Biden administration has signaled it intends to move forward by canceling at least some federal student loans. Late last month, President Joe Biden confirmed that while he’s “not looking at $50,000” in forgiveness per borrower, he’s “looking to face debt reduction.”

Student loan forgiveness in any form would undoubtedly impact borrowers, but especially those living in certain states.

By examining data from the federal office of student aid, the Education Data Initiative determined which states have the highest amount of federal student loan debt and the average debt per borrower in each.

As the interactive map below shows, the most populous states — California, Texas, Florida and New York — have the highest federal student loan debt totals.

California residents owe a cumulative federal debt of $141.8 billion in student loans as of December 2021. Texas residents are not far behind with $120 billion.

In total, Wyoming residents owe the least at $1.7 billion. The second lowest is Alaska, with total federal student loan debt of $2.3 billion.

The chart below shows the states with the most federal student loan debt, on the left, versus the states that owe the least, on the right.

While these dollar amounts may seem huge, they are less overwhelming when broken down by the average amount owed per borrower in each state.

The interactive map below shows the average student loan debt per borrower in each state.

North Dakota borrowers have the lowest average student loan debt, at around $28,600. This makes it the only state where the average debt is below $30,000. Borrowers in Iowa have the second lowest debt at around $30,800.

Below are the five states with the highest average student loan debt as well as those with the lowest.

Overall, the Education Data Initiative found that the District of Columbia has the highest number of student borrowers in debt per capita with 17.2% of residents in debt. Hawaii has the lowest rate, with 8.4% of its residents in debt.

Under the Biden administration, about $17 billion in federal student loan debt was forgiven for some 725,000 borrowers. Last week, the Department of Education announced an additional $238 million in student loan relief for approximately 28,000 borrowers defrauded by Marinello Beauty Schools.

Biden recently extended the federal student loan payment moratorium through August. Pressure continues to grow for more debt cancellation as the end of the moratorium on payments and the midterm elections approach.

Chelsea sold for $3 billion to LA Dodgers owners and investors